After taking a closer look at the new iOS13 ecosystem, we’ll discuss with you the three aspects of the review guidelines update, performance enhancements and feature updates, and the new App Store.

The 1.3 update limits the display of children’s apps while taking into account developer rights, and Apple has taken greater account of developer interests

Here’s what you need to remember

Products that use third-party accounts must also allow sign-in with Apple accounts.

Since the morning of September 4, the App Store [Search] tab has been updated under the iOS13 beta version in China, and up to now, there are four display formats, and they appear randomly: a. Explore App + Explore Game

b. Explore App+Recommended for you

c. Show only recommendations for you

But in the U.S., the page is displayed in a stable “Explore App + Explore Games” style. Although we are not sure of the mechanism of Apple’s display yet, the recommended position of the update search page is already very obvious. iOS13 will definitely continue to be adjusted before it goes online, so here is a reminder to keep an eye on this matter.

Arcade can be said to be the highlight of Apple’s service project this year, and its appearance in the opening session of the conference is a good indication of the importance Apple attaches to it. According to the information we’ve gathered so far, it’s very unlikely.

Apple announced that Arcade will be available in more than 150 countries on September 19 of this year. Although it is very unlikely to enter China, it is a new opportunity for developers who want to play games abroad.

You can focus on the content of Arcade in overseas regions, organize the types of related game products, and then evaluate the local user preferences according to the popular games and make the corresponding placement strategy.

Apple’s website announced that apps will launch up to twice as fast and require less space to download and update under iOS13, reducing app download size by 50% and update size by 60%. Apple officially requires full adaptation of iOS13 in April next year, but according to the system update data monitored by Seven Macs over the past few years, generally speaking, more than half of the devices will be updated within 2 months after the release of the new iOS system, so it is recommended to complete the adaptation as soon as possible to give users a better experience.

With your existing Apple ID, you can quickly log in to apps and websites without having to fill out forms or create new passwords. Just click “Sign in with Apple” and use your face ID or fingerprint ID to log in. iOS13 is a very big innovation, and it’s also very relevant to app developers. This means that in addition to providing any third-party logins such as WeChat or QQ, apps will also need to provide an “Apple Login” option for users to choose from. This new rule will be implemented by April 2020.

We would like to emphasize that in addition to the need to actively adapt Dark Mode, it is highly recommended that you provide at least one screenshot of your app in Dark Mode for display. And developers need to consider whether their own products need to adjust the product color according to dark mode in order to maintain consistent use.

Since the launch of Arkit in 2017, it has also affected the promotion and operation of apps. For example, for game developers, Arkit is a way to improve the interactivity of the entire game, while the multiplayer AR interaction feature gives the App social attributes and is a way to acquire new users.

This year’s Arkit3 release has no new features, but the optimization of existing features also proves that this is a technology that Apple values. Adding AR features to games, design, and education apps within the scope of their operations enhances user immersion and improves the user experience, while actively using new technologies increases the likelihood of being recommended by Apple.

Siri is the most direct communication and the key to promote active applications. Apple Watch is the best carrier to interpret this function and is more practical for watchOS App.

The iPhone11 Pro and iPhone11 Pro Max have a triple camera configuration, which is worthy of the attention of video App developers, such as short videos and photo retouching products, which can increase the chance of being recommended by Apple’s new features. In addition, it can increase the fun and interactivity of the product to attract users and thus improve the activity of the product, so you can check the content related to the launch.

This fall launch, in terms of Apple Watch’s performance, the ability to view multiple angles when inconvenient, built-in compass and fall detection, emergency calls and other safety-level features are the highlights that Apple wants to highlight. This year, it is obvious that Apple is continuing to make efforts on Apple Watch.

Some research institutions and media in the market say that Apple has reached a dominant position in the smartwatch segment, accounting for more than half of all total smartwatch sales in 2018, more than twice the combined total of Samsung and Fitbit, which are in second and third place. Apple’s rise in the smartwatch space is a reminder that more attention should be paid to the new growth opportunities presented by the Apple Watch.

Developers are advised to consider the integration of Apple Watch with their apps as much as possible and develop Apple Watch apps as soon as possible, so as to expand the usage scenarios of their products. Developers should also prepare in advance for mobile payment and transportation swipe card, which are highly anticipated by users, in order to follow up and meet users’ needs in time to seize the market opportunity.

The new iPadOS, together with the new iPad, gives this hardware a chance to become a bonus channel for users. Multitasking, multi-document processing, drag-and-drop experience, and the introduction of PencilKit are all faster and more convenient experiences for iPad, and can be called the most sincere update to the iPad system, fulfilling as much of the user’s functional needs for iPad as possible.

In general, developers should not be blindly optimistic, but they also need to maintain a sense of crisis, build a closed loop of Apple eco-products, and explore new possibilities. 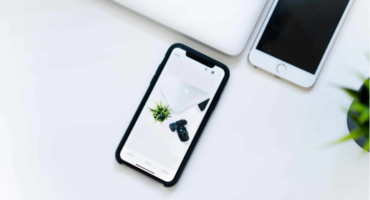 The Ultimate Guide To Progressive Web Apps in 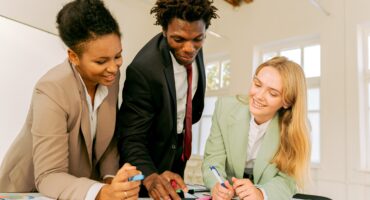 How to make a Creative Analysis using Top Cre

Competition in the ad world is fierce! Keeping up with ...

Many sectors require knowledge about the temperature l...