Mobile attribution in the age of privacy: challenges and opportunities

Mobile measurement and attribution as we know it is about to undergo a major transformation amid a shift towards a more privacy-centric relationship with consumers.

But compared to some of the other curve balls 2020 threw with COVID-19, when it came to consumer privacy the writing had been on the wall for some time. Between the introduction of Limited Ad Tracking (LAT), new regulations, and the planned deprecation of the third-party cookie, there had been a slow but consistent shift towards protecting personal data.

It all culminated in Apple’s June announcement of the AppTrackingTransparency (ATT) framework, which requires iOS users to opt-in to measurement. This fundamental change, which is undeniably good for consumer privacy, will inherently alter the way we measure and attribute marketing activities.

For those who don’t opt-in, Apple said that its SKAdNetwork solution would be the primary deterministic attribution mechanism for aggregated attribution. SKAdNetwork has a number of limitations – more on those later – which severely limit data collection and optimization.

This creates a reality where there are two completely different measurement methods. Those who opt-in will be grouped with the much larger segment of Android users as the Google Advertiser ID (GAID) matching remains unchanged. For those who opt-out (expected to be the vast majority), SKAdNetwork and some other tools we will discuss ahead will be used.

If this sounds complicated, it’s because it is.

So, the question is how do you continue to add value when measurement is going through such a fundamental change?

In this blog we will discuss what changes are taking place, how we can still measure and why attribution is, more than ever, a must-have in the age of privacy.

In recent years there has been a gradual move towards a more privacy centric mindset. Apple first replaced its Unique Device Identifier (UDID), with the ID for Apple (IDFA) in 2012. A UDID was a permanent device number and sharing it could not be turned off whereas an IDFA could be reset. In 2016, Limited Ad Tracking (LAT) was introduced, which allowed Apple users the option to opt out of measurement on their devices. As many as 30% have done so in early 2021.

Then in 2018, we saw two major pieces of legislation and regulation. The General Data Protection and Regulation (GDPR) and the California Consumer Privacy Act (CCPA) both aimed to protect data and personal information.

In early 2020, Google announced it would be phasing out their 3rd party cookie, something that Safari and Firefox had already done. In 2021, the search giant declared that once third-party cookies are phased out, they will not build alternate identifiers to track individuals as they browse across the web, nor will we use them in their products.

But it wasn’t until Apple’s announcement of ATT and the updates to SKAdNetwork that mobile attribution really felt the tides of change.

SKAdNetwork is Apple’s deterministic attribution mechanism that aggregates attribution data for iOS apps. It is a privacy-centric framework that aims to measure app installs and campaign performance in aggregate without user level data. Using a 6 bit system, which allows users to be graded from 0-63, advertisers gain some insight into the quality of users they are converting.

The limitations and challenges of measurement in SKAdNetwork

While we can all agree that privacy is a good thing for both consumers and the mobile ecosystem, these changes do not come without challenges.

First and foremost, there are several limitations to SKAdNetwork which greatly reduce the quantity and quantity of data available to app marketers.

Chief among these challenges are:

SKAdNetwork only delivers one postback that is based on data signals from early on in the funnel, such as installs. There is little or no postback data from in-app events. Since the majority of LTV data is derived from in-app activity, app marketers, between the timer limit and the postbacks, lose several indicators that help measure the LTV/ROI of their campaigns.

SKAdNetwork has a timer mechanism that begins when the SK function is called for the first time (usually the first launch). However, after a 24 hour period the timer expires and the data is locked in and the postback to networks is sent.

The problem here is that advertisers often require more than a 24 hour period to understand post-install user activity to derive the value of the users. Workarounds such as timer extensions do exist, but these too come with their own limitations. 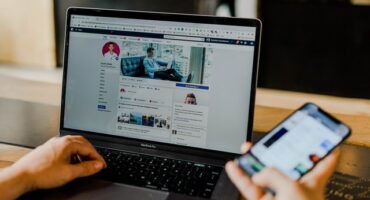 There’s no more dynamic field than the world of mobil...

Suppliers are embracing the utilization of Hospital App... 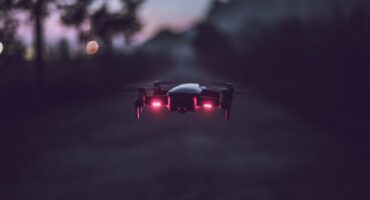