Mobile Apps That Failed and How To Learn From Their Mistakes

It’s fair to say that since then, the stores have undergone significant changes in design, functionality, and app databases. However, the aim of these stores remains the same: to provide a platform for mobile users to browse and download apps. Apps are so much a part of our lives that Apple and Google release annual roundups of the best apps and games.

In 2020, the App Store announced that Wakeout!, a family-friendly exercise and movement app, earned the iPhone App of the Year. The app also won app of the year in 2017. For Google Play, there was a similar theme to its 2020 winner. Mood-altering app Loóna won best app of the year, and according to Google Play data, it’s been downloaded 500,000 times.

For these app developers, it must feel great to receive this recognition from Apple, Google, and, of course, their users. However, for every success story, there are hundreds of apps that fail. According to a 2018 Gartner study, less than 0.01% of consumer mobile apps will be considered a financial success by their developers.

With millions of apps now available in Google Play and the iOS store, how many have missed the mark with consumers? In this roundup, we highlight 11 apps that came up short, and crucial lessons that developers and marketers can learn. Check out our infographic below to learn how to win from mobile app failures.

Why Do Mobile Apps Fail? A Few Theories

With a 0.01% success rate, why do app developers even bother? While there are a number of theories as to why mobile apps fail, the main reasons fall under these three categories:

1. There is such a thing as a free app

According to Statista, as of March 2021, 93% of all iOS applications were available for free compared to 97% in Google Play. With so many free apps available, it’s no wonder that users are hesitant to pull out their wallets for apps that have a price tag. This makes it difficult to monetize apps and pump money back into app development.

2. There are so many apps

In the time it will take you to read this article, thousands of apps were added to the Google Play store. In fact, 3,739 apps are added to Google Play every day. The demand for new content has driven the global mobile industry and widened the app pond. However, progress is a double-edged sword and this demand and growth means more competition. Bottom line: the definition and standards for the ‘best’ app are harder to match.

3. There is a hefty build cost for an app

According to industry insiders, it can cost as little as $1,000 for a simple iOS app and as much as $150,000 for a high-tech Android app. It can be a tough place to start, and as a result, profitability and future investment can be difficult to maintain for a large number of apps.

Failure to Launch: 11 Mobile Apps That Lost Their Value

With all of this in mind, we decided to look at 11 mobile apps across gaming, technology, media, transportation, social networking, ecommerce, and finance that failed to stay the course.

Why it failed: This was an initially popular app that didn’t have a business model or firm understanding of its product or market fit. The anonymity that once attracted users to the app later resulted in serious complaints around cyberbullying, threats, and harassment. User growth slowed, employees sadly lost their jobs, and the app shut down after only four years.

Key takeaway: Don’t just focus on your product. Before you launch an app, ensure that you thoroughly research and understand your product-market fit. How do you keep users happy with your app and how do you increase time spent on the app? How do these answers contribute to your ongoing success and product growth?

Why it failed: While the app still operates in Europe, it failed in North America, particularly when it launched in New York City. Here’s why: the app assumed that drivers in NYC were the same as drivers in London. In NYC, cabs are not seen as a luxury like they are in London. Additionally, London has tricky routes while NYC is on an easy-to-use grid system. It also didn’t help that Uber also launched in 2011 and was on track to dominate.

Key takeaway: It might sound like common sense, but no two users are the same. The same goes for markets. Don’t base your decisions and assumptions on cookie cutter versions of one successful launch. You might have a great idea, but you have to put in the work to succeed.

Why it failed: The short answer: Instagram and its 15-second video capability. While Instagram wasn’t the only contributor to Vine’s demise, it played a big part in it. As downloads and users declined, so did advertisers and marketers that once considered Vine the platform to invest in. Other issues included an unsustainable business model and inability to adapt and compete with other apps.

Key takeaway: You’ll always have competition, but there are a couple of important elements of success: recognizing and embracing change. As technology evolves, so will the needs of users. If you stick with what you know and miss the boat, it will literally be sink or swim time for your app. 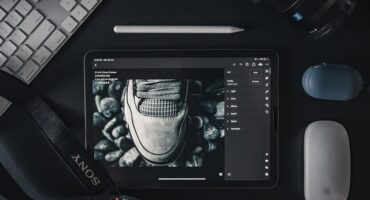 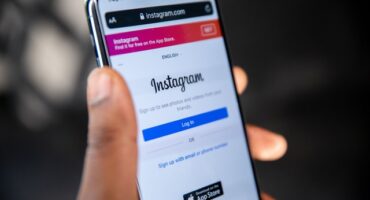 We had a very challenging 1.5 years and we continue to ...