When Apple first announced that it would enforce an opt-in mechanism as part of its AppTrackingTransparency (ATT) framework in iOS 14, the mobile app industry entered into a period of uncertainty.

In this new reality, users would have to actively agree to allow an app to use their Apple IDFA identifier for various purposes — attribution, ad targeting etc.

Initially, there was concern that mobile apps would no longer be able to properly measure and optimize their iOS campaigns. Over time, this sentiment shifted as the industry embraced innovation to adapt to the age of privacy and ensure measurability is largely retained.

But one belief remained: The IDFA would become all but obsolete. Multiple estimates of the opt-in rate have surfaced: as low as 2% and as high as 20%, with most closer to the lower end. Single digits was the common language.

The assumption was that with privacy taking center stage in public perception, very few users would opt-in to ‘tracking’, especially in light of the language used by Apple in the prompt message. It was certainly a logical assumption.

But what does the ATT consent rate look like in the real world? That is the million, or rather billion dollar question everyone is eager to answer. And we have some answers for you based on research of millions of interactions in hundreds of apps.

Don’t count out the IDFA just yet

Fast forward to April 2021, with Apple’s enforcement of ATT most likely around the corner, opt-in numbers have turned out to be quite different. It seems that in reality, opt-in rates are much higher than previously anticipated: 39% overall (weighted average, where totals are used), and 26% average per app (where each app has equal weight regardless of its size, excluding outliers).

That’s good news for both marketers who want to make the most of their campaigns with more available, consented data, and end-users who prefer a more personalized experience and have given their clear consent for it.

It is important to stress that these are preliminary insights from nearly 550 apps, and that these apps are early adopters that may not represent the industry at large. Numbers may change after ATT is enforced.

But we do have confidence that there is a large enough sample at present to be cautiously optimistic. Overall, in the last three weeks we counted 7,681,724 times users saw a prompt message and allowed ‘tracking’, and 12,120,114 cases when tracking was denied (not necessarily via the prompt — more on this distinction ahead).

What is most striking in this data, beyond the high overall rates of course, is the gap between non-gaming and gaming apps (42% vs. 31%). It appears that lower brand affinity in gaming leads to much lower opt-in rates. Although brand equity is on the rise in gaming, it is mostly relevant only for the largest studios.

In the gaming space, end-users adopt an experimental mindset. They simply try out new games without paying much attention to the brand behind them. Their initial connection to a game is almost non-existent, and any message that asks for tracking permissions is treated with caution.

Many non-gaming apps, on the other hand, have a stronger brand affinity and are known to end users. With higher levels of trust, opt-in rates rise. The intent is also stronger with these apps: for example, when looking to buy a new laptop, to order food, or to subscribe to a yoga course.

What about LAT users?

It should be noted that the opt-in rate we presented is not exactly the percentage of users with an IDFA, but rather the de-facto IDFA rate. This is because there is also a ‘Restricted’ status (end-users who are underage and cannot opt-in, or restricted devices) that was excluded. Currently, this group, which cannot have an IDFA even if they wanted to, is about 13% and it will be interesting to see if this number will increase or decrease in the future.

Furthermore, if it wasn’t for Limit Ad Tracking (LAT), numbers could be even higher. We calculated the opt-in rate as Authorized / (Authorized + Denied). But ‘Denied’ also includes users who enabled LAT in previous iOS versions. These users are not presented with the ATT prompt when they update their OS, and are automatically transferred to ‘Denied’ or ‘Restricted’ status.

ATT data, however, does not distinguish between these two groups.

What this means is that the 39% figure actually represents the minimum, and can only increase (within the prism of this initial data sample, not post-enforcement which holds more unknowns). How so? If you remove LAT from the equation, the denominator would decrease and so would the overall figure, as the following example illustrates: 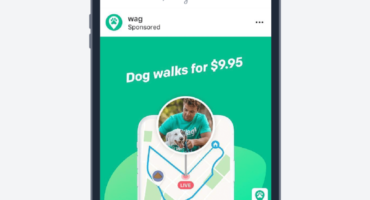 5 Things to Consider Before Developing Your M

You’re considering the development of a mobile MedTec... 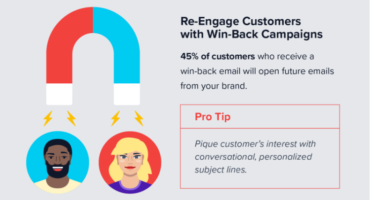 “What are some of the top features of social media ap...