How VR and AR Are Revolutionizing MedTech

When it comes to medical tech, we’d all like to know that “care and precision” are operative words, right There’s possibly no other field that comes under more intense scrutiny, and for good reason. With the ability to impact lives, medical tech plays a key role, and has been advancing with the applications of new technologies.

Two that are increasingly being used are VR (virtual reality) and AR (augmented reality). When used well, these technologies can help with better diagnoses and improved outcomes for patients, among other benefits.

Here’s how VR and AR are revolutionizing medical tech:

AR and VR for medical diagnosis

Advances in imaging technology over the last few decades have made leaps in the effective diagnosis of medical conditions. Technologies such as MRIs and X-Rays have been helpful for allowing doctors to quickly make a diagnosis, although the two-dimensional images they display have been limiting. Essentially, images are still read the same way they were back in the 1950s. This definitely leaves room for things to be missed, or misdiagnosed.

Augmented reality (AR), which superimposes digital information on the physical world has huge potential to change that. A Harvard Business Review article discusses current prototyping among leading medical teams, where it is envisioned a surgeon may be able to wear a headset and have a heads-up view of a range of vital patient data, without having to turn away. It is hoped that this will not only save lives but reduce medical errors.

The HBR article notes that AR technology may be at its most useful for procedures outside of the OR. While in the OR, patients usually have a team of medical staff, all of whom have been briefed ahead of time with medical imaging. Procedures that happen at ICU bedsides often don’t have all of this information or support, so an AR display has great potential to improve safety and quality, through easy access to information.

For example, consider a display that shows patient allergies in a warning, or potential interactions between drugs.

AR is also being utilized to project real-time medical data from an ultrasound directly onto the body of a patient, which the attending doctors can see with a headset. Rather than having to turn back and forth from a display screen to the patient, doctors and nurses all have one integrated view.

Telemedicine is another major area impacted by both VR and AR. There are concerns, particularly with rural communities, that access to quality care is difficult. Telemedicine is providing some level of solution for that, although generally for relatively minor complaints at this time. It has been suggested that AR and VR can help with remote procedural training, boosting the impact of telemedicine.

AR and VR for medical treatment

AR technology has the potential for doctors to “see” under a patient’s skin without having to cut them open. It can help doctors determine exactly where to make incisions or give injections. A display might even provide instructions, for example where to push for CPR, or where the targets for repair lie.

This has been tested by doctors at Imperial College and St. Mary’s Hospital in London, with Microsoft’s HoloLens AR glasses, used to aid in reconstructive surgery for patients who have suffered leg injuries in traffic accidents. Doctors are able to virtually “see” bones and blood vessels, and identify where their targets are.

AR is also being used for patients who are visually impaired. Nueces smart glasses use AR to allow patients to “see” the outside world. Many patients can now see details such as the faces around them, which they could never see before.

VR is being looked at as a way to literally transform the hospital or doctor’s office into anywhere that it needs to be for the patient, a potential way to reduce anxiety. What if you were no longer in a hospital, but on a tropical beach?

“VR experiences can serve as adjunctive care with other treatment regimens, like programs that provide visuals for amputees or stroke patients in physical therapy. VR can also provide an alternative to some pharmaceutical interventions for psychiatric care, especially in the treatment of phobias, anxiety or even some personality disorders.”

AR and VR for therapy

A great example of how virtual reality is being used for therapy is among elderly people with cognitive impairments or dementia. Maplewood Senior Living is one place where technology is being embraced as part of therapy for patients who often can’t get out and experience things anymore, or who need assistance unlocking memories.

Virtual reality headsets help to create immersive experiences, which can take them back to places they have been familiar with. The therapy looks to tap into memory and emotions and hopes to create a lasting, positive effect. The facility reported decreased agitation, frustration, and anxiety, while engagement and happiness were boosted.

Smartphone applications are another way that VR and AR are being introduced to help with patient therapy. One example is Pear Therapeutics’ recently approved reSet app, for use in outpatient treatment for addiction. This is the first prescription digital therapeutic approved by the FDA and has a virtual reality component to the app.

AR and VR for medical education

Medical education traditionally involved many textbooks, and the use of models or dissections to learn about the human body and how it works. AR and VR are moving into the field to provide more detailed and convenient educational opportunities.

For example, Fujitsu has developed a virtual reality heart simulator, which is designed to improve student understanding of the heart through three-dimensional, 360-degree observation of the structure. As they say:

“The heart has one of the more complex structures in the body, and it is difficult to learn about topics like the complex movement of heart muscles or the flow of blood from text. Previously, students learned about the structure and basic functionality of the heart through methods such as hands-on dissection, models created using 3D printers and other means, computer graphics made by designers, and textbooks, but there was a need for teaching materials that could be used to study a beating heart.”

Of course, given the potential for AR in surgical settings, you can see how an educational component could be added. Could the future see medical students observing surgeries with AR apps or headsets? There is also huge potential to set up digital “patients” through AR or VR, allowing students to diagnose and treat patients, and follow through with outcomes, without putting any living person at risk. What if trainee doctors could make their mistakes on virtual, rather than real patients?

Virtual Reality (VR) and Augmented Reality (AR) represent huge potential for advances in medical diagnosis, treatment, therapy, and education. They introduce a realistic digital world that allows clinicians to get a better view of what is really going on.

Potentially, AR and VR can bring medical treatment and diagnoses across long distances, but of course, the consideration for telemedicine needs to include a definition of where the doctor’s office and patient’s home are separated. Issues like this are being discussed as the technology develops – where are the ethical boundaries?

Overall, AR and VR are bringing exciting changes, allowing more advanced applications. Apps for personal use are also in the mix, including those for therapy and education. It’s a field to watch for developments over the next few years. 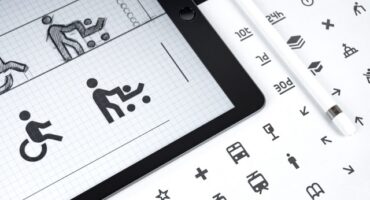 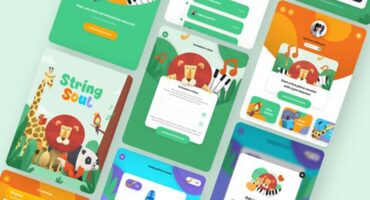