How to Measure the ROI of Predictive App Marketing

Predictive app marketing is pretty powerful stuff – it allows you to, based on past user and analytics data, predict which users are likely to churn or convert in the future.

With those powers of prediction, you can stop those churners in their tracks and encourage converters to follow through.

That all sounds well and good, but what is the real value of being able to make such predictions?

How Do You Measure the ROI of Predictive App Marketing?

Understanding the return-on-investment of everything requires you to consider what you’re putting in (Point A), and what you’re getting out (Point B). We’ll light up the path between Point A and Point B and show you how to measure the ROI of predictive app marketing.

Let’s start with an example to make the situation a bit more approachable.

Imagine that you own or manage a free weather app that generates revenue through advertising.

Next, imagine that you have 3,800,000 new users each month, all looking to you for advice on umbrellas, sunscreen, and snow boots.

Let’s say that an average of 30% of those users churns each month. This would mean you are losing 1,140,000 users a month to churn.

Oh no! Those are some stormy clouds right there.

But what’s the real cost of that churn? Maybe those dark clouds are just passing cumulonimbi.

Well, let’s dig in and see how much that churn is costing us in revenue.

Imagine that, with a predictive app marketing tool (maybe even one like Localytics), you can decrease churn by 6%, bringing your new churn rate to 24%. This means that you are now only losing 912,000 users a month to churn instead of 1,140,000 users a month.

This also means that you are now retaining 228,000 users per month with predictive app marketing that were previously lost to churn.

If we multiply this number of newly retained users by the average LTV, we’ll find out how much additional revenue we could make if we reduced churn by 6%.

This means that our churn has cost us $239,400 dollars in lost revenue. However, we can dig even deeper than that by considering how much money we spent to obtain those users initially.

In addition to increasing revenue by reducing churn, predictive app marketing also saves acquisition money from being wasted. Every user that churns is, in addition to revenue lost, a waste of the acquisition dollars spent to acquire the user.

Retaining these customers with predictive app marketing is more effective and cheaper than working to acquire brand new users.

To continue this concept with our example, let’s say your average cost of acquisition is $3.

That means you haven’t just missed out on $239,400 dollars in potential revenue, but you’ve also lost an additional $684,000 unnecessarily because these users could have been saved.

That $684,000 was used to acquire users who ended up churning. A bit like paying big bucks to send your kid to an ivy league school only to have him drop out to pursue his dream of becoming a pro surfer.

This means that your total money wasted is the lost revenue from churned users, plus the cost spent to acquire those churned users.

Now that you know how much you’re losing to churn, you can evaluate whether a predictive app marketing solution is worth your money. If a solution costs $20,000/month but saves you over $900,000 per month, you’re definitely way into the green zone.

In addition to financial returns, there are even more big benefits and returns to explore when it comes to predictive app marketing.

With predictive app marketing, you gain priceless user insights, which can be used to influence acquisition and engagement campaigns to reduce churn and bump up conversions.

1. See Where Users Start Churning (And Learn How to Stop Them)

Reducing churn is one of the biggest payoffs when it comes to predictive app marketing.

Tools can be used to predict which users are most likely to churn, and then target those users with special, hyper-customized campaigns aimed at retaining.

Apps define churn in various ways depending on the app’s intent and use. For some apps, churn is labeled as inactivity across 30 days. For other apps, churn is only defined as the absence of a specific behavior, like watching a video, within a set time period (and it doesn’t have to be 30 days – it could be 7 days, 65 days – anything).

Customers can be nurtured via push messages, in-app messages, and other mediums. This engagement escorts them away from the churn precipice, eventually guiding them down the path of conversions and loyalty.

Predictive app marketing allows you to understand what types of users are most likely to churn, what characteristics churners tend to have, and how to set up a push or in-app messages to counteract churn risk behaviors.

These early intervention tactics are considerably more effective than trying to goad an already churned user into re-engaging.

Another benefit of predictive app marketing is discovering your highest-value users. These users are the ones you’ve been waiting for – your prized users who engage with your brand, complete conversions on a regular basis, have regular app sessions, and have a high lifetime value.

Once you discover this treasure trove of golden users, you can examine them more closely and dig into their demographics, profile attributes, and in-app actions to understand them better. You can then use these insights about your most valuable users to influence your messaging and offers, driving up conversions as a result.

If users acquired from Facebook rarely churn, then it’s worth investing more money into that channel vs. acquisition channels that don’t perform as well. Predictive app marketing can also shed light on which acquisition channels bring in the highest converting users. Apps should invest more money into channels that bring in high-converting users, even if these channels have lower install rates.

Consider how much money you can save cutting out stale acquisition sources and reinvesting that spend into fresh, high-performing channels that drive the best, highest-value users. This is another form of return that can be generated from predictive app marketing.

4. Learn How to Target Different Audiences

Once you’ve discovered who your best, most valuable customers are, you’ll want to focus on maintaining relationships with them rather than wasting resources on users that are unlikely to convert.

Predictions can allow you to identify those high-value users early on in the app user lifecycle.

You can then target those users and encourage growth by inviting them to perform actions such as:

In addition, you’ll learn how to customize unique messages for different stages of the app lifecycle and for specific audiences.

For example, if you see that 50% of users who have push disabled are likely to churn, you might consider creating a unique campaign targeting these users to get them to opt into push, rather than lumping them in with normal users.

Or, for these non-push people, you might focus on communicating with them through Facebook retargeting ads, email campaigns, and in-app messaging.

5. See Exact Benchmarks to Shoot For

Predictive app marketing also sets you up with exact benchmarks to aim for when developing marketing campaigns. While we may be tempted to go with our best guess when it comes to choosing benchmark points, many times data can reveal unexpected truths.

For example, a media app may expect that a user who opens an app five times a month would be less likely to churn. However, data may show that the actual app launch threshold is different.

It could be that, in reality, a user needs to open an app six or seven times in order to decrease their likelihood of churn. Five app launches may be no different than four, three, or two. However, that six or seven mark may make all the difference.

Unfortunately, our best, even educated guesses often don’t cut it. Instead, data unearths the real benchmarks to aim for (and thankfully, predictions can provide those inflection points).

6. Save Churners By Layering Outreach

With predictive app marketing, you also have the power to layer your engagement campaigns with at-risk users, starting with the most affordable mediums and low tier offers, and then, if users aren’t responding, up the ante with other mediums and more enticing offers.

1. Push Message w/ No Offer. Your first point of re-engagement might be a push message encouraging the user to simply get back in your app. You could use a message such as “Why waste time at the grocery store? We’ll deliver groceries to your doorstep with zero stress or hassle!”

2. Email w/ Medium-Value Offer. If the push message didn’t get your user’s attention, it’s time to raise the stakes with another offer. This time, you could send the user a more costly email campaign, with an offer that lets him or her get their first delivery for free.

3. Facebook Retargeting w/ High-Value Offer. If your at-risk user still isn’t biting, it’s time to go all in with a Facebook remarketing campaign with a killer offer – free delivery and $10 off on their first order.

With predictive marketing (at least in the case of Localytics), these touches can automatically be triggered based on whether or not a user interacts with a given message. This is an incredible benefit to any app looking to reduce churn. 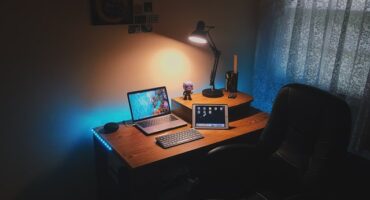 Wondering what’s the difference between a mobile app ... 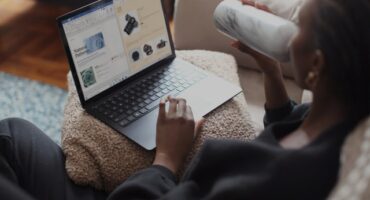 ASO is the acronym of “App Store Optimization” and ...