How to Make Apps that Are Publicly Traded: From Idea to IPO

The app markets are a billion-dollar industry. The role that mobile applications play in our life increases every day and so do the number of apps created to fulfill our demands. In the last year, we witnessed many apps going public. But how does one start with an idea and end up with apps that are publicly traded?

This is a hard question to answer. It is most likely a mix of a good idea, successful app marketing, brand positioning, and a loyal user base. Of course, accurate timing and a bit of luck are certainly helpful. Simply reaching the app store top charts is surely not enough for going public.

You need to know how to market an app and how to retain your users. Today we will discuss some of the apps that made it big and see how they become a part of our lives.

During the pandemic, people have started trading. Either to pass time or to fill the lack of excitement they were missing as they were locked inside their home. Stock trading apps such as Robinhood benefited greatly from this new hobby.

These apps clearly demonstrate the importance of timing in the app world. As the demand increased for crypto trading apps, they turned to more aggressive marketing strategies, which allowed them to boost app download and increase popularity.

Coinbase is certainly an app that stands out in this world. This crypto exchange went public on April 15, 2021, ending the trading day with a valuation of nearly $86 billion.

Coinbase seized the opportunity and their idea is now a reality.

With our mobile ad intelligence tools, we can easily see some of their creatives which are pretty successful at creating FOMO. Correct timing, well execution, and good marketing all contributed to a successful IPO.

Snapchat is one of those apps which placed itself into our lives. Snapchat made itself huge by creating a brand name which is extremely powerful. The idea itself includes many factors that make the app unique.

First of all, humans are visual beings. With our attention spans becoming shorter every day, the premise of communicating with photos is very attractive. When Snapchat entered the market, there were already tons of texting apps. By differentiating itself, the app managed to create its own demand. The app went public on March 2, 2017.

Next, there is the issue of privacy. No matter how well encrypted your messaging service is, it simply can not match the comfort of your texts and photos disappearing after being viewed. Finally, there is something very captivating about sharing moments as they come, or “snapping” them.

These are just some of the reasons why Snapchat is Snapchat and not a generic “instant communication app”.

Using mobile app intelligence tools, we can see how users end up downloading Snapchat. They do not search for “messaging app” or “communication app”. They search for “Snapchat”, which now seems like a word that can go into dictionaries.

Now let’s talk about an app that reached success mostly by positioning its brand strategically. If you do not know, Bumble is a huge dating app. The interesting part is that Wolfe Herd, the founder of Bumble, was a co-founder of Tinder, yet another huge dating app. Wolfe left Tinder in a controversial breakup where she filed a sexual harassment case against Tinder. Bumble went public on February 11, 2021.

So what differentiated Bumble from Tinder? Bumble positioned itself in the industry as an app where women had the decision power. Even though the app works similar to Tinder, only women are able to initiate the conversation. They frequently use the phrase “Make the first move” in their advertisement.

The idea was pretty successful as we can see. The positioning of the brand attracted investors such as Serena Williams, helping it to grow.

Another phrase that Bumble frequently uses is “Find the right matches”. Subtly conveying the message that Bumble is superior to other dating apps in terms of the matching system.

Now, the app reports over 42 million active users and is used all over the world.

In 2007, the founders of Airbnb realized that there was a shortage of hotel rooms in NY and they could try to make money out of this. Thus they put up a site called Air Bed & Breakfast where they offered visitors a place to stay and breakfast. After tremendous growth, the app went public on December 10, 2020.

As they had no money or funding, they had to sell cereal to keep their business running. But a good idea combined with determination surely brought success. Now used all over the world, Airbnb is a very popular concept. Many people prefer staying at other people’s houses rather than hotels. Perhaps because it is more budget-friendly or simply more convenient.

Even though the pandemic negatively affected Airbnb’s operations, we can still see that the app is ranking 3rd in the travel category. There is no doubt their performance will improve once we start going back to normal.

This article would be incomplete without a game. Even though Roblox first launched on computers, the company also launched an app which was very successful. Roblox allows users to both play and create, providing a unique experience. This also helps the game to avoid being repetitive, retaining users for longer. The app released its shares to the public on March 10, 2021.

If you already have a strong brand name and some experience on how to promote your app, gaining success in the app stores is very likely.

When we check their paid user acquisition efforts, we can see that they are using Facebook as their primary mobile ad network. Roblox has published its ads in 5,583 apps during March 2021. As we mentioned before, no matter how much you advertise your app, app store ratings are crucial for your performance.

ASO Academy: What is ASO and the App Ranking

At ASO World, we believe that App Store Optimization (A... 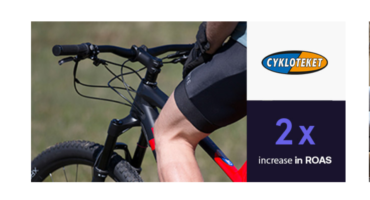