How to leverage Apple Pre-Order for your iOS app launch

There was a time when the only thing you could get from pre-launch buzz was email signups. With the Apple app Pre-order, you can now send people to your Product Page (where they can check out your App Preview video and screenshots), so they pre-order your app and automatically get it as soon as it is officially released.

Not only does it allow you to get a good amount of pre-orders (and therefore downloads on the first day), it also gives you the possibility to start working on your app metadata for your App Store Optimization efforts.

Let’s have a look at how this whole Pre-order thing works, and how you can best leverage it. With insights from people that have been there.

HOW DOES APPLE APP PRE-ORDER WORK?

Any apps can now be available for pre-order on the App Store. When you submit your app and metadata, you have the option to opt into Pre-order and can then choose a download release date that’s 2 to 90 days away.

Just like you can restrict your app release to specific geos, you can decide to make the pre-order available only in specific countries.

Once your app (and metadata) is approved by Apple, your app will then be available for pre-order on the App Store.

This means that your app’s Product Page is now live on the App Store, and visitors can potentially see and pre order your app in search results.

In the search results, there is a “Pre-Order” mention in blue below the app’s subtitle that indicates the app is not released yet. The same mention also appears on the Product Page.

The “GET” button or the price of the app are still the same, and when visitors tap to get the app that button turns into “PRE-ORDERED”.

Added bonus: you get an additional opportunity to get your app featured, as the Today/Games/Apps tabs also display apps that are in pre-order.

Note: Promoted in-app purchases do not display on your Pre-Order Product Page until your app is released.

The day your app is officially released, it is downloaded automatically to the customers’ devices.

They also receive a notification so they know the app is available and can open the app.

How does pre-order for paid apps work?

If you have a paid app, customers are not charged until the app is actually released.

You can change the price of your app during the pre-order period, however, know that people that pre-ordered your app will be charged the price that is the lowest (between release price and pre-order price).

Who can pre-order apps?

People that do not have these versions can go to the product page but when trying to get the app they are prompted to update their OS.

HOW MANY AND WHAT KIND OF APPS USE PRE-ORDER?

Thanks to data from Sensor Tower, we were able to have a list of all Pre-Order apps as of July 31st.

When we got a list of 437 apps in Pre-Order, we thought it was pretty impressive and that the feature was already widely used.

But the truth is this is a very low number compared to the number of apps released each day which is estimated to be between 1,600 and 2,200 per day.

“We have seen the majority of Pre-Orders is Reskins so we wonder how Apple plans to deal with that, since they have become more aggressive towards the reskiners.”
– Ido Schoonen, Lab Cave Games

What’s even more surprising is that out of the 437 Pre-Order apps we looked at, only 72 are “legit” apps. The other 365 are cheap Vietnamese reskings: shooting games, biking games, driving games and zombie games mostly. Almost surprising that Apple would let this fly, and very curious to see how they deal with this in the future.

Nothing against reskins, but we believe these apps do not bring much value into the world. And their listing were not particularly attractive.

How out of the 72 “legit” apps, a vast majority of them are games.

Clearly game publishers seem to be more interested by the feature, which explain why so far there is a “Pre-Order” section only on the Games tab even though Apple says that apps might be featured on the Apps as well.

Pre-Order especially seems to make sense for “sequels” or studios that often publish games: if your startup’s app is already released, the feature is obviously pointless.

WHY IS MAKING YOUR APP AVAILABLE FOR PRE-ORDER INTERESTING?

Generate useful buzz before your launch

If you have a pre-launch marketing strategy leading up to the big day of your official release, iTunes pre-order are great.

You get actual results from any action you lead: people can decide to get your app when it is released. As opposed to having people signing up for your newsletter or worse: taking a mental note that “yes maybe this would be a cool app”.

Understand the demand and market for your app

When making your app available for pre-order, you start getting the data in iTunes Connect as what you would get if your app was actually released (besides In-App purchases as they are not activated).

This means you can actually measure your pre-launch marketing efforts by looking at how many app units are pre-ordered each day. You can also know where the customers that download your app are from, or which device they are using.

Improve your metadata and work on App Store Optimization before launch

Because your pre-order app can already be found in the search results and people can check out your Product Page like any other app, you can start optimizing your App Store listing (with enough volume).

Not only your app keywords and app name are starting to get indexed, you can also update them (with an app update) to see how this affects your position for some keywords.

Knowing your app keywords, you can even start thinking about which ones to use when you decide to run Apple Search Ads.

You can test a different icon or a different App Preview video and measure the impact on click-through-rate (Search Results -> Product Page).

In short: there are a lot of insights you can get even before your launch!

A boost of downloads on release day

If you do this right (keep reading) then you should accumulate a good number of pre-orders, which will give a boost in installs (and hopefully great reviews to) on launch day.

Getting on Apple’s radar

With such a little amount of “legit” apps available in Pre-Order, it seems that it could be easier to get on Apple’s radar for a pre-order feature than trying to get it after launch. 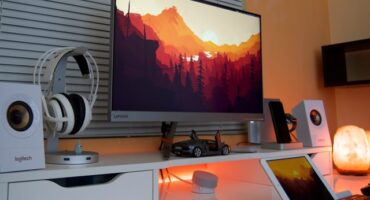 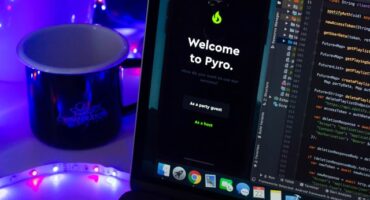 How to Drive Conversions with the Right Email

If you’re like most people, you check your inbox thro...

Your app is live and available on the Apple App Store. ...