How to Improve User Ratings on App Store and Google Play

A positive user sentiment is an essential factor of App Store Optimization. It is directly influencing visitors in their decisions to download an app, thus acting as an important component of conversion rate.

Today we will see how to leverage the power of app store reviews and ratings to your advantage and make the most of positive ratings to drive organic downloads.

User ratings are the key component of ASO and Conversion Rate

When taking a decision about downloading an app, 90% of users take into account its rating, 79% the reviews and 4 of every 10 people consider the reviews same or even more important as the recommendations from friends.

High average rating is at the same time a sign and a key component of success. With more than 7,5 million products in the stores, breaking through the crowd and convincing a user to download is not such an easy task. The top apps and games were found to have at least 4-star rating, both for current version and cumulative. On average, the rating of the top iOS apps is 3,81 stars and for Android it is 4,16 stars.

The reality is that ratings really matter. Low ratings can cause a damage to search rankings and affect the overall visibility, not mentioning that the users will not convert on a store listing with a poor rating. The high average rating, instead, will result in better search rankings, more visibility on the stores, more downloads and higher revenues.

Lesson #1: Embrace any kind of feedback

Your product will not always have only positive reviews. Users are different and some of their ratings and reviews can seem confusing and frustrating to developers:

The right way to react on negative feedback is not to take it personally, but rather treat it as a support ticket. Keep calm – it is impossible to satisfy everyone, so the best you can do is to prevent getting negative ratings and encourage more positive ones.

Think of the benefits that an effective strategy of managing reviews can bring you:

A good moment to start thinking about getting reviews is… yesterday. At the moment of launch, you can already ask your beta-testers and friends to rate your app so you get a head start at launch. But you should never stop working on ratings – moreover, because there are relatively easy ways to take care of it.

Here is how to do it.

A foremost goal to achieve is to build an app that provides a clear and fundamental value to the users and solves a need. The successful ones have a value proposition that is easy to identify, for example: Skype provides a solution for video calls, Google Maps help find fastest routes to get to places, Facebook Messenger helps reach your friends network in a simple and fast way.

Make sure the users understand the value of your product (for example, by providing a clear onboarding sequence). Your app must function well, so update it often, solve bugs and constantly work on improving user experience. Make your users happy – and positive ratings will follow!

2. …and keep improving it

Use ratings and reviews as a wake-up call, a trigger to improvement. If you solve a bug that didn’t let your user enjoy the app and caused a negative review, there is always a chance that the user will change his rating. Sometimes negative reviews can have great ideas about new features that you would like to include to your roadmap.

Reply to all negative reviews and engage users to keep up the conversation with you in private:

Show the user that you understand the inconvenience from their point of view, and try to compensate their bad experience. Providing an excellent customer support can actually make these users change their negative rating to positive!

In order to get a significant improvement in search and app store top charts rankings, an app should have A LOT of ratings and reviews. Don’t expect the users to leave feedback – ask them for it!

The biggest mistake the developers usually make is firing users with pop-us each time they enter the app. This looks obsessive and can become quite annoying for the users. No wonder lots of them will end up leaving a poor rating. Don’t make the same mistake – ask just the right users and only at the right time.

4. Identify your most engaged users

Not everybody who uses your app is happy about it. Some might be bored, experiencing bug problems or other troubles, or be on the edge of uninstalling. It goes without saying that you don’t want all these unhappy users to end up on the stores leaving you a low rating.

Instead, you want to identify the happiest and most engaged users to ask feedback from. Finding them is simple – just ask:

By asking users their opinion first, you ensure negative reviews stay out of your product page, and the users who get to rate you will most likely give you 5 star ratings.

5. Ask them to rate you in the true “moments of joy”

Another common mistake of mobile developers is asking users to rate their apps just too soon. For most users, short time is not enough to navigate through your app, learn how to use it and start enjoying it. It turns out that if you ask users to rate before that special moment, you are more likely to get a negative rating.

Finding “that exact point of time” is easier if you know the moments of joy of your users – the times when they are the most happy and excited about using your app.

Those moments of joy could be: 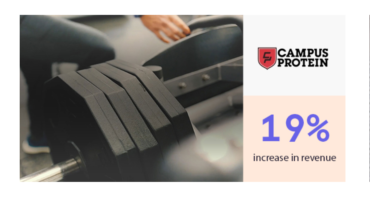 Push notifications are the bread and butter of app ma... 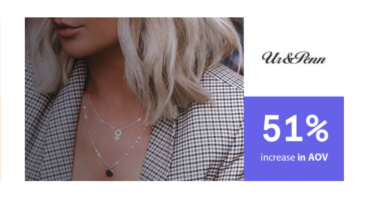 We live in a society where digitalisation is rife. We a...