As the second fastest-growing digital market in the world, India offers incredible opportunities for user acquisition. Not only is it rapidly growing, it is also one of the biggest. The number of Internet users in the country will reach 761 million this year, and is expected to hit a staggering  974 million in 2025.

With India’s mobile connectivity index at 56.6 points out of 100 possible, there’s still plenty of room for growth.

In this post, we’ll explore the opportunities for app advertising in this mega-market, draw the portrait of the Indian Internet user, and unpack the trends of app user acquisition. Let’s get the ball rolling.

The current state of app advertising in India: statistics and overview

India is the second country by the number of Internet users, outpacing the US, Indonesia, and Brazil. The COVID-19 pandemic has accelerated the growth of the Indian Internet user base with Internet usage surging by up to 30%.

The rapid growth of Internet usage in India has led to a boom in digital advertising. In previous years, businesses evenly spread their marketing budgets across various channels, including radio, TV, and print. After 2020, companies started to favor digital advertising and raised investments in this channel by a significant 33%.

As more than 96% of Internet users in India have mobile phones and only 56% of them own a laptop or desktop computer, mobile devices account for most of the Internet traffic. Thanks to a large variety of cheap phones, the number of Indian mobile users will only increase. It makes mobile advertising one of the fastest-growing marketing channels – mobile ad spend has grown by 38% from 2020 to 2021.

Another consequence of the COVID-19 outbreak and enduring lockdowns is a spike in app downloads in India. The country accounted for 14% of the world’s app installs in the third quarter of 2020, 2nd only to China.

As a result businesses see in-app advertising as an enticing opportunity to reach a broad audience. The majority of Indian marketers are expected to raise their investments in this promotion channel.

With a population of more than 1.4 billion people, India represents a massive market with very positive growth fundamentals across every type of media. Roughly 80% of Indians have mobile connections, and 45% of them are active Internet users.

The number of mobile Internet users in India will continue to grow in the next few years. Statista predicts that over 500 million people will only access the Internet from mobile devices by 2023 making the market a mostly mobile-only rather than mobile-first market.

But how can we characterize the average mobile user in India in 2021 and beyond? The main persona is a male around 28 years old living in a rural area. However, demographics in this giant country are far more complex as digital penetration varies from state to state.

According to McKinsey, states in the top third of GDP per capita, such as Haryana and Maharashtra, have the highest Internet penetration. The situation is the same for highly urbanized states and union territories of Chandigarh, Delhi, and Goa. For instance, in Delhi, the level of internet penetration is around 70%.

Meanwhile, states with the lowest GDP per capita have the lowest rates of Internet penetration. Thus, most Indian mobile users are mostly people with relatively high income living in urbanized areas.

However, the digital divide between states with highest and lowest GDP in India is narrowing fast. Between 2014 and 2018, among ten states with the highest rate of growth in internet subscriptions, seven had a below-average GDP below average. Moreover, the government aspires to improve Internet access in rural areas, where two-thirds of potential eCommerce consumers live.

Another point to consider is how Indian Internet users behave online. The most popular activities among them are making video calls, watching TV content on mobile phones, scanning QR codes, and making payments. Thus, users spend the majority of their time on messengers such as WhatsApp or Facebook Messenger.

Social networks – Facebook and Instagram – are also leaders in the number of active users. The Top 10 mobile apps in India include eCommerce and mobile payment solutions, such as Amazon and Paytm. Apart from messengers and eCommerce services, Indians also actively use gaming and entertainment apps, digital payments, and delivery services.

Lastly, there is a misleading perception of India outside the market that despite its scale, monetization is limited. It is true that the average revenue per user in the country is low, but so is the cost of media. In reality, combining scale with a focus on ROAS is a good marketing strategy for your business.

5 app user acquisition trends to look out for in 2021

India follows similar digital trends as other parts of the world. However, there are certain market-specific dynamics to explore:

1. A consumer-centric approach to marketing

2021 is transforming how businesses should approach customers to increase their loyalty. The growing competition on the digital market increased users’ demands for service and experience, while the pandemic made human connections a new luxury. To meet your consumers’ needs, you have to humanize the relationship with them.

The first must-have is advanced personalization. This trend has been key for years, but the pandemic has made this more important than ever. Messaging and push notifications customized for the user’s preferences can change the game for your app’s open rates and engagement metrics. Thoughtfully-tailored marketing across all channels will help you build long-lasting relationships with your users.

Another trick is a carefully chosen tone of voice. Users are more likely to react positively to humor and empathetic messaging (especially during times of crisis), so it’s important to consider incorporating this throughout the full user journey.

It’s probably one of the biggest shifts 2021 holds for the mobile app industry. More frequent data breaches in recent years provoked concerns among users, and the industry leaders took the steps to protect them.

For instance, the new version of the iOS update requires apps to ask users’ permission to track their data as part of iOS 14 AppTrackingTransparency (ATT) opt-in framework. Although only 2% of Indians (over 27 million people, which is not that small number if talking about a super high-value audience) own up-market devices from Apple, the new regulations will affect the Indian market too. iOS users are generally the most interesting audience for marketers and businesses as they earn higher income, spend more and have longer lifetime value compared with other users.

The rules requiring placing information about the tracked data on the application page will negatively impact user acquisition and retention, although initial data leaves some room for optimism. The good news is that marketers have plenty to work with. For example, present the message about data collection creatively. Show your brand personality, choose the right words and encourage  users to opt-in by demonstrating what’s in it for them.

Another tactic to adopt is changing your sales funnel analytics. As obtaining user’s data gets more difficult, tracking their journey down the pipeline gets tough too.

Gaming apps are the new fad in India. From the first to the second quarter of 2020, the number of gaming app installs has doubled to reach 2.7 billion. The year-over-year growth in the number of games played each month on average per user has reached 35% – the highest result worldwide.

Another vertical on the rise is health and wellness, which has provoked user interest during the lockdowns. Although these apps haven’t seen a rapid growth in paying users, free users still have great potential as they allow owners to earn more through in-app advertising.

Lockdowns have also led to a surge in interest in eCommerce. As of Microsoft internal data for April 2020, searches for eCommerce grocery shopping during spring 2020 increased by 161% compared to the same period the year before. The numbers will probably continue to rise with the increase in the number of mobile users.

One more consequence of the pandemic is the interest in news apps. Developers in this niche have found their audience by offering various content formats. One of the most successful  types is audio news in several languages.

Digital advertising is growing popular, which makes competition in the mobile app space accelerate as well. To stand out from rivals and find the way to your audiences, you have to become more creative with your promotion tactics.

The leading trend in the market is programmatic video advertising. On average, a consumer spends over 40 minutes a day watching videos. Better yet, as the attention span narrows, the videos should be short to make the biggest impact in the minds of viewers.

Another trend to adopt is local vernacular audio-content. Services streaming audio content may be a great user acquisition channel, tripling their audience since the start of lockdowns. 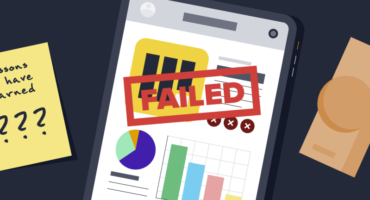 The Solution: Customer Experience for Retail

In the past months, retailers have seen how their custo... 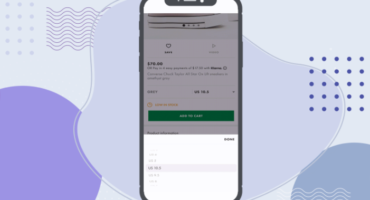 Coordinating efforts between marketing and tech teams i... 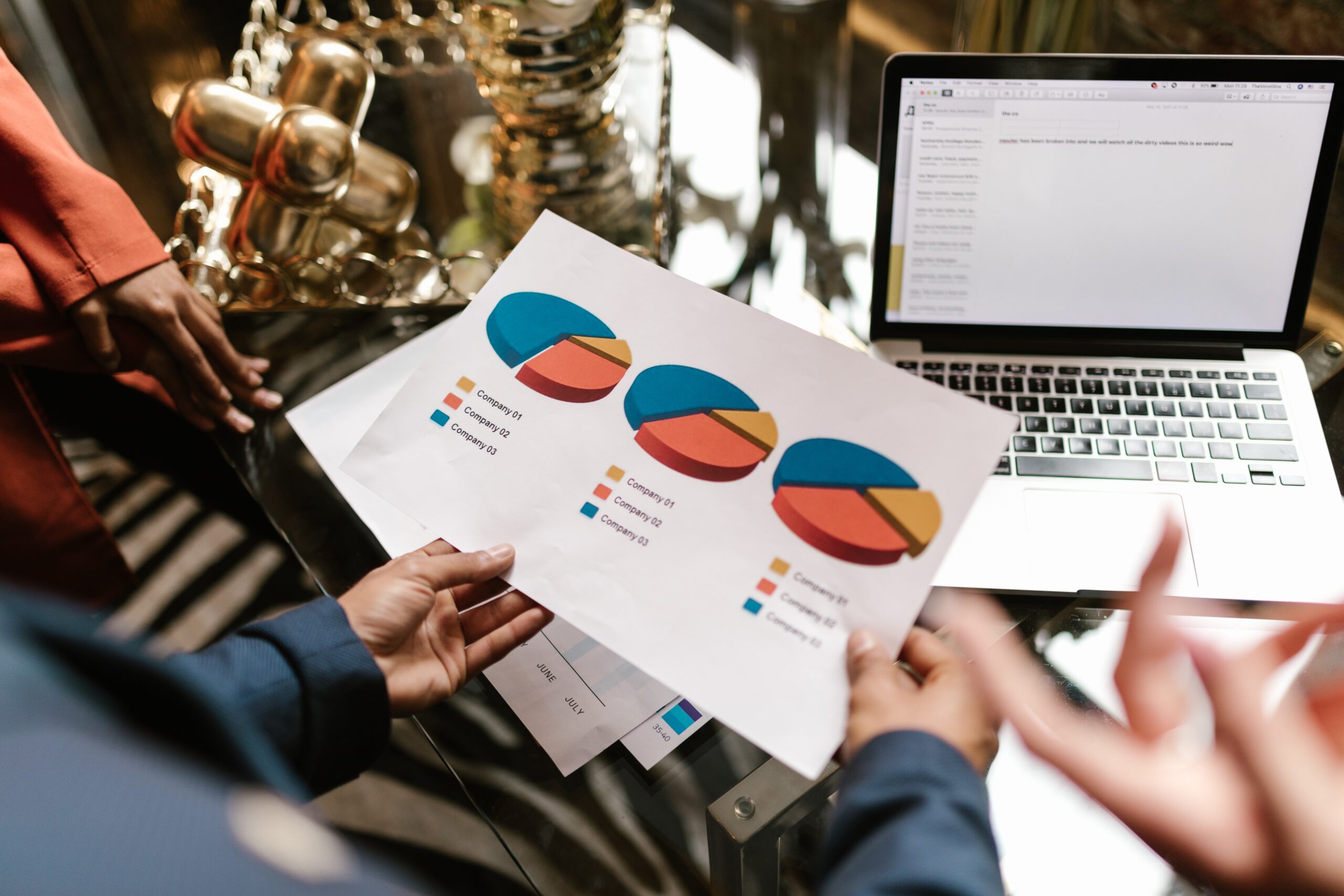 A recent report shows that 96% of B2B organizations use...