How to Create Trends for Casino Game Publishers

All the fun of gambling with none of the risk? Within the mobile gaming world, Casino Games are some of the most popular. Though gambling can be truly addicting, casino Games can offer a cheaper way to get the thrill of a slot machine or a game of Poker without breaking the bank. They target a wider audience of people who may not be able to go to casinos, or who just plain love the games.

On the surface, casino Games and hyper-casual games may seem very similar. Both are colorful, not too challenging, and quite addicting. However, they have some core differences. As opposed to Hyper-casual games whose user base plays the games to fill time, Casino games are allotted time themselves. There is also not much turnover. Once a game has been downloaded, the user is not as likely to get bored and download another, rather, they would more likely keep the same app over a long period. They may even go so far as to redownload it if it is ever deleted or they change devices.

You may not have been to a casino recently, but you certainly remember what they look like. More importantly, the user base for these slot games does. They are marketed as being “realistic” and giving the user a “real vegas experience”. However, these games do not offer the opportunity for real monetary gain.

Now, how are these games marketed and how do they find so much success on the app stores? Let’s take a look at some games by Grande Games, Mukra, Double Down, Playtika, and Zynga to see what their marketing strategy looks like and how they attract players. We will examine both the App Store and the Google Play Store to see what creative strategies these publishers are using.

This article can be helpful for UA managers planning future campaigns. We will examine the creative trends of these top advertisers and see what they have to offer.

Listed here are the publishers we will be analyzing. When choosing which publishers’ games to analyze we looked at such factors as, the popularity of the publisher and the number of games they were distributing. Aside from that, we had to make sure they both had overlapping apps available in the Android Store and the Apple App Store.

Publishers and Games The terms you need to know

Before delving any deeper into our creative analysis, let’s look at some of the terms we will be using in campaign analysis. If you get confused, just hop back up to this glossary to see what each term means.

Active creative count: The total number of creatives that are currently being advertised.

Creative types: Our platform supports the viewing of 8 media types. These are video, image, interstitial, banner, interactive, rewarded, end card, carousel. These Casino apps are using Images, Video, Interactive creatives, and HTML. Though the interactive creatives are far lesser in numbers, they often receive the most impressions in this category of app creatives.

Publisher count: This is the total number of apps that are publishing ads for the selected app.

Ad networks: This is a list of each ad network that is presently used to run ads for the app in question. The MobileAction platform has these listed in order of most used to least used. Each has a percentage of ads run on a specific location.

The data below has been collected from our Campaign Analysis page and our Ad Intelligence tool. To get insights about any app in different categories schedule a demo with us.

We will be analyzing data for both the App Store and Google Play Store.

The “Creative Counts” is one of the most important parts of analysis, when discussing creative trends. They give us insight into the scale at which the publishers are marketing their games.

Looking at creative counts alone we can learn some things about an app.

A game with a high creative count may, for example, have a big budget for creatives. We can learn even more by analyzing active creatives VS total creatives. This will show us how much they are optimizing their creatives. Perhaps they have run several campaigns or are testing out different variations of their current creatives and pruning away the ones with lower engagement.

We can see on the graph that Grande Games took first place on creative counts over on the App Store platform. It has around 2000 creatives. However, the number of active creatives is around 1000.

We can see on the graph that again Grande Games is leading on creative counts on the Google Play Store platform. This time it has nearly 3000 creatives and the active creatives of Grande are again around 1500.

Many of these apps have no real money to gain and only money to spend. Especially with the slot games, it is possible to spend up to 300 dollars in one go. There are many in-game purchases available to the player. So if there’s no real prize money to be gained… Why do people play? For some, it may be the legality. The majority of these games have their biggest user-base coming from the United States. In the US it is illegal to gamble real money online. For those who miss the casinos or can’t get there as often as they would want, these games are very realistic in terms of a casino slot game experience.

Some may also play the games casually for entertainment. These people may pay a few dollars for more coins in the game the same way one would pay for any other game. The games also have daily targets and in-game rewards for signing in each day. They are designed to encourage progress. Progression models are designed to make you run out of coins right as you are about to progress. This will encourage you to buy coins to keep progressing.

There is also an element of status and competition. Leaderboards, achievements, and so on are available for view. This can incite competition between players. Within the game you have status and this can make people want to keep playing and buying more to maintain that status. 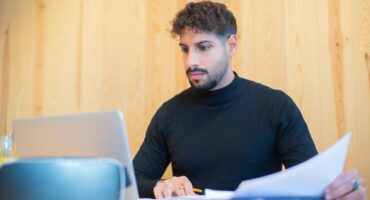 For the most parts these are not really fails per say, ...

Many sectors require knowledge about the temperature l...