Can You Put a PWA on the App Store?

If you’ve recently built a Progressive Web App, you may be asking can you put a PWA on the app store? In years past, the answer to that question would have been no. Now the answer depends on which app store you are referring to. Technically, the App Store is Apple’s brand. Google has the Google Play Store, and Microsoft has Microsoft Store.

All of these app stores are different. Each one has its own requirements and policies regarding which apps will be allowed on their store. Apple is by far the most stringent company when it comes to what type of apps are allowed to be on the App Store. If you’re working on PWA development, you will want to understand which app stores will accept or reject your web application.

We’ll take a closer look at the three main app stores, the App Store, Google Play Store, and Microsoft Store, to see how friendly they are to PWAs.

“Your app should include features, content, and UI that elevate it beyond a repackaged website. If your app is not particularly useful, unique, or “app-like,” it does not belong on the App Store.”

For now, you won’t be able to submit your PWA to the App Store. If you rely on reaching an iOS audience, you should consider weighing the pros and cons of PWA vs. native app development. Native apps provide the best User Experience possible on iOS devices. However, if you have a PWA, you still have an option to reach iOS users.

Apple still allows iOS Safari to open and save PWAs to the home screen. Your PWA will be accessible from the home screen like all other apps, but there are limitations to what it can and can’t do. Here are some of the main limitations PWAs face on Apple devices:

While PWAs have limited access to the native features of the iPhone and other Apple devices, they still can access the following features:

Apple limits the abilities of PWAs even on iOS Safari. Apple clearly priorities native apps in order to foster a rich User Experience on their phones and other devices. If reaching the iOS crowd is crucial to your success, strongly consider developing a native app.

Of course, you don’t have to submit your PWA for publishing on the Google Play Store, but most people look for apps in app stores. By listing your web app in the store, you are more likely to be found by users. Plus, it looks like PWAs that are downloaded through the Google Play Store will have more capabilities over standard web apps, including:

Google’s move to be more accepting of Progressive Web Apps has opened more doors for businesses looking to turn their websites into apps. You can use the Android Studio to create your PWA and follow Google’s publishing guidelines and policies to get your PWA on the Google Play Store.

There are some limitations to what PWAs can do with Android devices. Integration with wearable devices like smartwatches, for example, is not available for progressive web apps on the Google Play Store. If you need or want integration and compatibility with other Android OS devices, you may need to choose another development route.

Microsoft might not have been the first major company to embrace PWAs, but they are certainly the most welcoming. Progressive web apps from some of the most popular brands in the world already appear in Microsoft app stores. Microsoft has signaled that they intend to start moving away from UWP (Universal Windows Platform) native apps towards more progressive web app development.

If you already have a progressive web app, your app might already be listed on the Microsoft Store. Microsoft used Bing’s crawling mechanisms to scour the web for quality PWAs that it could automatically add to its app store. The process is far from seamless, so don’t be surprised if you don’t see your app on Microsoft Store. You can still submit your PWA for publishing on Microsoft Store manually.

Of the three major stores we have covered in this article, Microsoft Store makes submitting and publishing your PWA the easiest. Some of the key capabilities of PWAs on Microsoft OS devices include:

Microsoft makes taking web content and turning it into an app package very easy for developers. Users can find your app online or in the Microsoft Store, so you don’t have to worry about losing a portion of your audience when you submit your PWA to the Microsoft Store.

Should I Build a PWA?

You might be wondering if building a Progressive Web App is the right choice for you after reading through the different app stores and their policies surrounding web apps. For one, PWAs are the quickest and most cost-efficient way to turn your website into an app. The benefits of developing a mobile app far outweigh some of the difficulties you may encounter when trying to submit your PWA to app stores.

Two of the three largest mobile app stores are now openly welcoming progressive web apps, and in the case of Microsoft, even encouraging them. If you are concerned about iOS users, you can develop a native app for the Apple App Store and develop a PWA that can be used everywhere else.

In many ways, progressive web apps are likely to be the future of software delivery and development. The capabilities and efficiencies offered by these apps make them popular choices for many businesses, especially eCommerce stores. 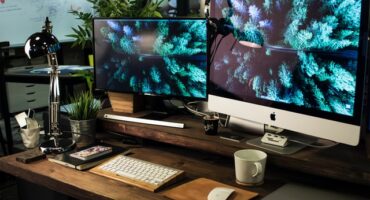 When your app is free, How do you promote the

On the product page, developers can promote up to 20 in... 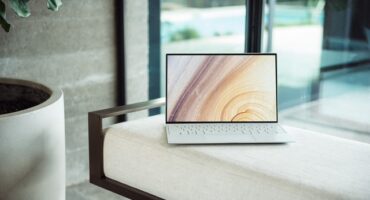 The Pros and Cons of Mobile Apps in Modern Bu

With Covid-19 increasing the need for contactless busin...