ASO for the Huawei AppGallery: Discoverability

You’ve already optimized your App Gallery listing for search, but how can you reach a wider audience through discovery?

NB: Phiture is hiring for a key role to lead our evergrowing ASO team. You’ll be responsible for leading and overseeing the success of our App Store Optimization service team and help Phiture to lead the way in mobile growth.

Skylar Grabecz, an ASO consultant at Phiture, helps companies to optimize the visibility and conversion of their apps in both the App Store and Play Store through Apple Search Ads, CRO experimentation, and keyword optimization processes.

Browse Visibility is the fifth topic in our series on App Store Optimization in Huawei’s AppGallery. In the series so far, we’ve looked at Why Should We Care about ASO for Huawei?, An Introduction to the Huawei App Gallery, as well as The Huawei Developer Console.

In this article, we’ll fill you in on everything you need to know about the feature categories on the Huawei AppGallery so you can start to develop a game plan for making your app more discoverable.

Get more impressions from people browsing the App Gallery

So, you’ve got your app up and running on the AppGallery, you’ve already optimized your store listing for search (assuming you’ve read our last article about AppGallery ASO), and you’re seeing your impressions and keyword rankings jump. But where do you go from here? As we already know from our experiences in the App and Play Stores, search may be king, but skyrocketing impressions usually come as a result of having your app featured in one of the many discoverable sections in the App and Play Stores.

Since the AppGallery feels a lot like a hybrid between the App Store and Play Store, it should come as no surprise that there are similar discoverability boosting factors in the AppGallery as well.

Understanding the lay of the land — what feature categories are available?

Looking at everything above the fold on the AppGallery home screen (aka the “Featured” tab), we are immediately greeted with an eye-catching banner at the top of the screen that rotates to feature a total of five apps. This is followed by a row of icons, then two single-row sections titled “New Apps We Love” and “New Games We Love”.

Securing a spot as one of these five apps (especially the first one) will give your app a nice piece of screen real estate that will receive a lot of attention from browsing users. We haven’t yet figured out how these apps are being chosen. However, Huawei has openly stated that they will help developers to promote their app in an attempt to draw more developers to the platform. It could, therefore, be the case that this placement can be negotiated with Huawei directly.

While there is nothing more than the app icon and a limited portion of the title in this section, it is still above the fold on the home screen. It is, therefore, a fairly valuable section to be included in. There seem to be similarities between this section and the “App Rankings” section in the “Top” tab, hinting that apps in this section are probably chosen based on their number ranking in terms of downloads in the country of the AppGallery store being viewed.

This section is very similar to the “New Apps We Love” section mentioned above with the exception being that there is less correlation with apps in this section and those in the “Game Rankings” section in the “Top” tab. This means that while a high ranking in terms of downloads will most likely secure your app a spot in this section, there are also other factors at play — maybe even that Huawei “loves” your app.

Moving Down Below the Fold

Looking at the next two sections, “Top Rated Apps” and “Most Fun Games”, we are presented with a new format that we haven’t seen in the previous sections. This format is comprised of a block of three apps with a rather descriptive, full-width listing. This includes the app icon, title, category, brief introduction, and most importantly, an install button.

This section is similar to the “Top Rated Apps” section and its likely that Huawei uses the same methodology for ranking apps in both sections. The only difference here is that all apps in this section are games, as the name implies, meaning that there will be more competition with the other two apps featured alongside yours if you make it into this section.

This section is composed of eye-catching half-width feature graphics comprised of a collection of apps that relate to a specific topic. The graphics for this section are specially designed and reminiscent of something you would find in the “Today” tab of the App Store. While these are likely to draw some attention, your app won’t be visible unless a user taps into the collection, and even then it will be grouped with many other similar apps, so competition will be high.

This section is another single row of different apps similar to the above the fold “New Apps We Love” section discussed earlier in this article. Based on our previous experiences ranking in a similar category, we would expect an app that gets featured here to experience an increase in impressions but not necessarily in conversions. As for how apps are chosen for this category, there isn’t much to go on aside from the title so one possible hypothesis could be that apps featured here have recently experienced a dramatic uplift in installs in the specific country being viewed.

This section is very similar to the “Most Popular” section and as we discussed in our previous article about AppGallery ASO, this is actually a section in which our app, Mud, was featured. What we can say from our experience is that impressions skyrocketed (almost 10x more impressions per week than we received through KWO optimization alone), however, we didn’t experience any significant uplift in conversions. Leading up to our feature here, all we know is that shortly before getting featured we began experiencing a dramatic increase in impressions from our KWO efforts. Based on this we think that this could be one of the factors influencing how the apps featured here are chosen.

Both of these categories are full-width, three-app-high listings. As with many of the sections discussed above we have little to go off of other than the title when trying to figure out which apps get featured here. One hypothesis could be that these apps are popular in your country. In the case of “You May Like”, there may be some personalization based on apps that you have searched for or installed on your phone. Interestingly, there are many apps that are actually being featured in both of these categories simultaneously. In any event, getting featured here will put you quite far down the home page, however, the option for users to install apps directly with the install button is definitely a plus.

Visually, this section looks similar to the “Top Collections” section (i.e. eye-catching half-width feature graphics), except instead of a collection of apps, as is the case with “Top Collections”, each graphic is dedicated to one specific app and includes the app’s name, the icon, and an install button. Since the feature graphics here are customized, it would seem to make sense that getting into this category would involve communicating with Huawei and submitting a set of assets to be used specifically for your app’s feature listing in this section. While this section does do a good job of highlighting the app, it is quite far down the home screen and would require users to scroll all the way down to find it. That being said, your app will be presented well and may lead to positive results if users do actually discover your app via this section. 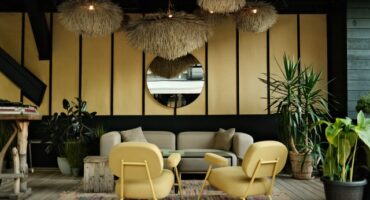 How to Creative a Trends for Finance Apps?

Finance is one of the most competitive genres when it c... 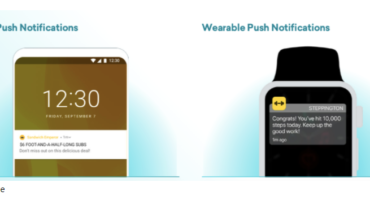 What Is a Full Stack Engineer?

When executing a software project, having the best tale...

One of the most amazing things about the digital world ...