Rather than a transcript for the interview, here are the key points that we talked about. You can listen to different parts in the audio section by using the timed comments on the player.

Nothing Magical edits the Cheddar app. Currently, Nothing Magical is just Sam so he does all of the design development and marketing support.
Previously Sam was an engineer at Hipstamatic and he has also worked at other startups. He left about 4 months ago.

What is Cheddar and why Sam built it

Cheddar is a really simple todo list. Sam first wanted to work on something he could release quickly. He thought he could do it in two weeks and it took him three months. He doesn’t like any of the todo lists out there and just uses a text file: he wanted to do something better that is simple and syncs.

Engaging People and Generating interest around the Cheddar app before launch.

Sam had about a couple of thousands of followers on his twitter accounts, that were interested in what he was doing after leaving hipstamatic. After a month (2 months before launch), he put up a teaser video announcing what he was making and inviting people to sign up if they were interested. To his surprise, a lot of people signed up and were really excited.

A couple weeks before launch he opened up sign ups for 20 to 30 minutes here and there, and other a 1,000 people signed up.
He’s also talking about it all the time since he’s full time on it, as well as on his own podcast. He had a couple press friends writing for tech blogs who he reached out to. Some of them had beta tests versions, too. A couple of days before he sent them his press kit.

On launch day, when the new homepage was up and everyone could sign up he reached out to his contacts (friends and others) to let them know the Cheddar app was out and asking them to write something about it.

To contact everyone that signed up to be notified, he’s actually waiting for some corrections to be made to the app.

The response since launch day

He got 11,000 users in less than a week, and didn’t expect so many people. There are now 17,000 people. Cheddar for Mac is coming up, and that should help with both signups and retention.

The main way people have found about the Cheddar app

Facebook and Google+ don’t have much traffic. Twitter is by far what brings the most people to the Cheddar app website. Of course some people go directly to the App Store too.
On twitter, he follows all interactions with the cheddar account (@cheddar) very closely so if anyone mentions Cheddar at all he will reply to them either for support or when people recommend it (which happens a lot).

Life hacker and a couple big blogs covered it which generated big spikes but on a normal day it’s usually twittering. Besides 5/6 contacts he talked to, people usually went to the Cheddar app press page, downloaded the press kit and wrote about the app without contacting him.

The video got a crazy amount of views. He feels like a todo list is a silly product, and that having a video to show how cool it is is better than having a bunch of copy for people to read. He actually got people referring to his app website and app video as examples.

He thinks the teaser one was effective, and the current one too because it shows how fast the syncing is.

Creative ways that got people to talk about the Cheddar app

He offered anyone with a twitter.com or github.com email address a free+ account for life because they are huge influencers. He even got press just for coming up with this idea.

He also accepts the requests for interviews and postcasts, as much as he can, because he thinks it’s more useful than we could give it credit.

Making the iOS code open source and creating an API

Open Sourcing brought a very unexpected spike in signups and everything else and got him on the front page of Hacker News. He got about 30,000 views on his website and over 1,000 signups during a 2-day period.

It’s also been helping him: he can post an issue on GitHub and someone he doesn’t even know can help him with code.

There’s already an app on the App Store that uses the API, Quick Cheddar, which was released like a week after the API came out. Cheddar for terminal to use Cheddar with command lines, etc. People have built a ton of stuff already in only a couple weeks.
The business model for Cheddar is the monthly subscription, and he believes the more things are built around the platform the more he can get subscriptions. The idea is to build an ecosystem around the platform, which will be good both for him and users.

He thought of buying ads, but didn’t go through based on people’s advice. He did sponsor a podcast for 2 weeks, which was pretty affordable, but has no idea of the response he got from that. He’s thinking a lot about doing stuff to bring traffic but it seems that most of his traffic is organic so since it’s just him he’s focusing on having happy users.

Sam advises to stay very attentive to all the feedbacks, which he does on twitter and people are very happy with the support he provides. Developers have to make their users feel heard.

Also he had been told by a lot of people that having a press page was important and for him that’s another must-do.

Wrapping Up the App Marketing Interview

Past and current challenges

It’s just him, so there’s plenty to be done: address bugs, finish Cheddar for Mac, add things to the website and the API. He feels behind and one of the challenges is managing his time better and getting as much done as possible.

Also, the App Store ratings are lower than he would like because of some bugs and also because there are people complaining about the subscription price (although the conversion rate is 2.25%).

Sam is doing something pretty interesting for Cheddar for Mac: releasing the alpha version for Cheddar for Mac, usable for free for anyone that has a Cheddar plus account. That way people that are very excited about Cheddar and want to try it have made the subscriptions go up.

Something else that he did before launch when he was opening the signups: people could get Cheddar right away if they subscribed to a Cheddar plus account. The feeling of missing out seems to be a very big motivator for people.

The next steps for Cheddar

After Cheddar for Mac comes out, there will be an iOS update and other cool things. When all the apps are updated and stable, he wants to work on Cheddar for teams so syncing can happen between several people.

A big thank you to Sam for answering our questions. Feel free to comment below or on the audio app marketing interview.

android buy installs for your app 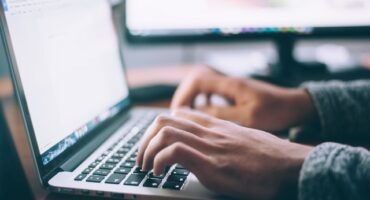 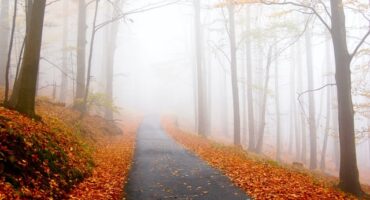 Use deep linking as a powerful acquisition an

You have an app installed in which you are logged in. Y... 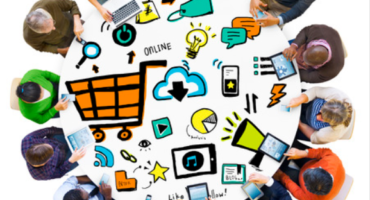 The pandemic brought with it a surge in ecommerce deman...