PL surface, also known as: parting surface, slap ramen, refers to the part where the front mold and the back mold are in contact when the mold is closed.

There are often notches on the edges of the shell plastic machining parts, which are used to install various accessories. The pillow-shaped part formed here is called the pillow position.

The shape of the reduced rubber part at the base of the BOOS column reflected on the mold after the eruption is called the mold crater.

Huh refers to Mo Ren, a idiom in Hong Kong.

The tiger’s mouth is also called: the tube position, that is, the part used to limit the position.

The product layout on the mold is called ranking.

The cavity of the product on the mold is called: the glue position.

The tendons on the product are called: bone position.

The BOSS column on the product is called: column position.

The gap on the mold is called: virtual position.

The hook used for connection on the product is called: buckle.

The pattern left after EDM is called the fire pattern.

The avoidance of plastic products is also called thick.

The line formed by the meeting of two strands of plastic is called a weld line.

After the plastic enters the cavity from the plastic inlet, it forms a curved and folded snake-like flow mark called a jet.

The standard of standard parts, DME is made in the United States, and HASCO is made in Europe.

The part of the product that cannot be directly demolded from the front and rear molds becomes an undercut.

The mouth is the art line of the mouth, also known as the ugly line.

The flying model is the matching model or standard model.

The action of CNC machining finishing is called light knife, that is, it is processed in place on the basis of roughing.

The action of processing the position of the mold core on the mold base is called frame opening.

The method of inverting the front and rear mold material positions under normal conditions to open the mold is called reverse.

The ejection method in which small inserts are used to eject the part where there is an undercut is called floating.

When ejecting, the mold force required is relatively large, and the ejector pin is not strong enough, so that the product is partially ejected. From the front of the product, there is an obvious white as the top white, which is also called the top nozzle.

The marks left by the entry point on the exterior surface of the system during diving are called bake marks.

The code is a clamping tool, a kind of cushion block with a triangular inclined surface opening slot.

Overcutting refers to excessive cutting, that is, the parts that do not need to be processed are also processed when processing the workpiece. Overcutting is not good.

The front mold pops out of the mold opening position.

When a product contains two different materials or different colors of the same material, design a two-color mold for molding.

The function of the cold slug well is to store the small part of the machining plastic material with lower temperature that enters the mold first.

The function of the positioning ring is to ensure the correct relative position between the mold and the injection machine.

The basic principles of the three views are: the length is aligned, the height is flush, and the width is equal.

The role of water transport is to control the temperature of the mold core.

Reverse engineering is the accurate and high-speed scanning of existing samples or models by a high-speed 3D laser scanner to obtain 3D contour data, coordinate with the reverse software to reconstruct the curvature, and perform online accuracy analysis and evaluation of the reconstructed surface. The structure effect and the final generation of IGES or STL data can be used for rapid prototyping or CNC machining.

Currency, and how it is used in financial transactions,... 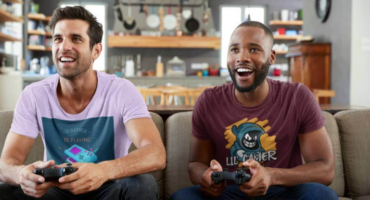 Owning your own game merchandise series is something th... 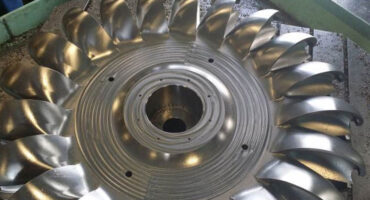 According to the introduction of precision Cnc Machinin...