We’ve all seen those ads that pop up on mobile and take up the entire screen. There’s often a hidden X to close the ads that you just can’t see, or some kind of timer making you want to delete the app you’re using and just put it aside. A lot of users have terribly negative attitudes towards these ads. They are known as interstitial ads.

It’s not a secret that interstitial ads are big revenue drivers for advertisers and are actually rather apparent all over the mobile webspace, especially through games. They could be demos of games, short sections that show you how a game plays, or videos of a related brand that people would need to see as a result of good, or bad targeting.

We look at 5 tips for interstitial ads and how to make them better.

What Are Interstitial Ads

Interstitial ads are the full-screen, short clip adverts that are given to users at certain intervals during an in-app experience. Whether it’s through a game, app or anything else, it can be used to monetize an app without actually getting in the way of the user’s experience.

How Much Do Interstitial Ads Pay

When you want to find out how these things are making money, it’s important to that you know how much interstitial ads pay. This usually ranges from between $1 and $20 depending on the cost per mile (CPM). This is just the amount of money that is paid out per thousand views or clicks of each advertisement. This all depends on which country you’re in, which country the users are in and how valued these clicks are.

Users will appreciate interstitial ads that can be skipped after a certain amount of time. They are often seen on YouTube and while some of them have an X that appears during the video, they can still make the advertisers money, which is the intended result. What it doesn’t do, is annoy the user in a way that stops them from being able to access the app the way they want to do it. Often, there may also be hidden buttons near the X that can redirect users somewhere they don’t want to be. This kind of use of the ad shouldn’t be allowed will usually lead to an uninstall almost instantly.

Interstitial ads are great for making money for the people who pay for them, but in terms of best practice, give them time before you start spamming them at users. If you decide to put one straight after opening the app, people will have a problem with it. In fact, Google also has a problem with that!

Timing and placement is everything and what most people should be doing is A/B split testing the placement in the app. Key performance indicators like retention, length on app and ads clicks are important pieces of information to know and once you know them, it’ll help you to place them in your app better. Don’t go and put them repeatedly in the same places, mix it up, at the very least.

The point of an interstitial ad, especially one that you’d like to monetize is by creating a seamless flow for the user. These advertising profits do come at a price, but if you’re someone who can create the ad without detriment to the user, you’ll have a far better end result.

Aspects like positioning can make a big difference and will ensure that there are no penalties for the ads and should show a clear start and stop point within the ad so as to not confuse users.

If possible, having interstitial ads that can be pre-loaded will be a really good addition. This will stop the element of lag for the user and allow the ad to be displayed prominently and won’t cause any kind of interruption, adding to the seamless flow point from earlier.

How Mobile Is Evolving the Product Manager Ro

Changes in the tech industry are having an impact on pr... 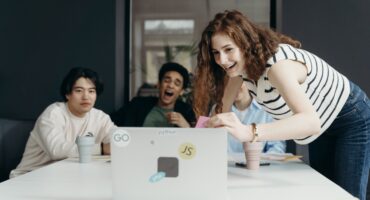 Ad Creatives Across Channels for Cashback &am

Using high-performing creatives is one of the most imp...